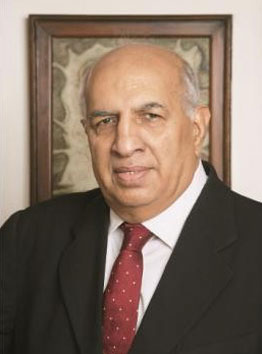 Mr. Hiroo Advani is a highly regarded name and world authority on arbitration law, and is one of only two Indian lawyers ever listed in the International Who’s Who of Commercial Arbitrators.

Recognized as the leading dispute resolution lawyer by the Legal 500 – India and an ‘A-List’ lawyer by the India Business Law Journal, Mr. Advani has been known to have a fantastic success rate in arbitrations, and an enviable record of having won a large number of multi-million dollar awards in international as well as domestic arbitration proceedings.

International Practice : Mr. Hiroo Advani has acted and continues to act for some of the biggest global players in oil and gas, infrastructure, construction, and renewable energy space. He has represented a large number of Joint Ventures and SPVs in high-stake project disputes. He has acted as lead counsel in institutional arbitrations such as SIAC, LCIA, ICC, SCC.

Arbitrator : Mr. Advani routinely takes appointments as an arbitrator and presides over a large of international and domestic, institutional and ad-hoc arbitrations.

Domestic practice: He has represented parties in domestic arbitrations in India, and has a reputation for securing enforcement of international awards and foreign decrees in the territory.